Understanding PTSD and how to address this in your workplace is integral to PTSD Prevention. To get started on prevention practices you need to:

PTSD can develop when someone experiences, sees or learns about an event involving actual or threatened death, serious injury or sexual violence.

It is believed that PTSD is caused by a complex mix of:

PTSD can increase the risk of other mental health problems such as:

Symptoms often start within 1 month of an event or repeated events. In some cases, symptoms may not appear until months or years later. The symptoms can make it hard for the person to live their everyday life and can be accompanied by depression, substance abuse, or other anxiety disorders. Below are 3 types of symptoms associated with PTSD1:

Also called re-experiencing symptoms, these memories can start from the persons own thoughts, or can be triggered by words, object or situations that are reminders of the traumatic event. Intrusive memories include:

Avoidance symptoms may cause a person to change their routine, including avoiding things that remind them of the event as well as negative changes in thinking and moods. This includes:

These symptoms are changes in emotional reactions usually constant and can make a person feel stressed, angry, overwhelmed and “on guard.” The symptoms include:

Learn how to respond to signs and symptoms in a worker.

When to see a Psychologist or Physician

A person should see a Psychologist or Physician if the symptoms last for more than one month and include experiencing at least:2

Learn how to find a psychologist.

The Canadian Institute for Public Safety Research and Treatment (CIPSRT) has additional screening tools available including Anxiety, Depression, Stress, Panic Disorder, Risky Alcohol Use and Social Anxiety Disorder. These tools are anonymous and help to identify symptoms. They are intended to help increase awareness and educate and are not designed to provide a clinical diagnosis.

The results let you compare your responses to previously published responses from the general population or other public safety personnel. Your responses are not recorded and there is no person monitoring the screening tools to provide support. If you need assistance you can anonymously email your results to yourself and take that information to an appropriate healthcare provider such as a psychologist or Physician. To access these screening tools:

Are You Looking for Confidential Peer Support?

Boots on the Ground provide confidential, caring and compassionate Peer Support to First Responders across the Province of Ontario. To access this support call this toll free number: 1-833-677-2668

Visit Boots on the Ground This eLearning course serves as a foundation for those individuals and organizations who are looking to create awareness and a common understanding throughout their organizations. It also provides important information on:

These modules will help the healthcare professionals to: 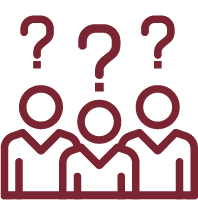 Each individual will have their own responses and coping skills in reaction to traumatic events, but there are some identified examples of how PTSD may manifest at work, including:

Self-Assessment:
Do I have PTSD?

Under the Occupational Health and Safety Act employers and supervisors are required to take every reasonable precaution to protect workers from harm. They are also required to inform all workers about psychological hazards on the job and train employees how to prevent these hazards and protect themselves. Workers are required to follow policies and procedures set out by the employer.

Learn more about the legislative requirements for Recovery & Return to Work.

A policy statement outlines the organizations commitment to addressing Post Traumatic Stress Disorder in the workplace and support of the Workers. Ideally it should be signed and dated by the Organizational Leaders.

It should include a statements that outline: